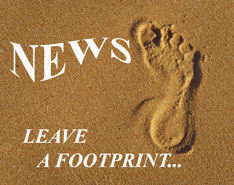 This day as I mentioned before is very special to Australia, it is a day when Australians remember the sacrifice of those who died in war which is about 60,000 Australians and 18,000 New Zealanders. So, there are commemorative ceremonies held at war memorials around the country.

It was a rainy day in Sydney and many main roads were closed but it didnâ€™t stop people coming to see Sydneyâ€™s Anzac Day march. Anzac Day Dawn Service began in Martin Place, Sydney at 4.15 am (this is the time the boats arrived on the shores of Gallipoli), there were prayers, songs, speeches, moments of silence. After the service, you could walk to the Harbour to watch the sun come up over the water. It is a touching experience. Then there was Anzac Day Consular Wreath Laying Ceremony followed by Anzac Day March which finished in Hyde Park South, Sydney, where Anzac Day Ceremony was held to remember the fallen. The Anzac memorial in Hyde Park is very beautiful, with calming waters and beautiful trees around. You can enter and pay your respects any time of the year. But this day there were veterans, even those who can no longer march but still took part, smiling proudly and chatting with young people.

These events are followed generally by social gatherings of veterans either in a pub or in an RSL Club, often including a traditional Australian gambling game called two-up, which was an extremely popular pastime with ANZAC soldiers. So, celebrations were taken all over Sydney that day, in particular in Manly, Palm Beach, City and others. Also as a tradition an Australian rules football match is played at the Melbourne Cricket Ground between traditional Australian Football League rivals Collingwood Magpies and Essendon Bombers to celebrate ANZAC day. The best on ground is awarded the Anzac Day Medal.

Anzac Day ceremonies are also held in London, Tonga, Samoa, Cook Islands and Indonesia to honour the soldiers who participated in the campaign

Australian Snow Mountains (Kosciuszko National Park)
Australian Snow Mountains (Kosciuszko National Park) now mountains are located around 500 km far from Sydney. It is 6-7 hours drive with some stops to have some rest for kids.
New Zealand
New Zealand! Go there, walk around, and enjoy the greatest nature beauty in the world. It was like a dream for me 5 years ago. First time I had a wish to visit New Zealand after ...
Taronga Zoo
Last weekend my wife, Marina, and I decided to show our son, Maxim, the Taronga Zoo located in Mosman, Sydney. We beleived it was the right time for our little son to see these ama...